All across the cricket world, pride has surged once again, as Guyanese and Caribbean cricket legend Shivnarine Chanderpaul, a former captain of the West Indies team, was inducted into the ICC’s Hall of Fame, joining cricket’s most celebrated players. The West Indies cricket administration, across all formats, must immediately inculcate some of Shiv’s remarkable professionalism, determination and courage to its players by hiring him as its chief coach. No one can dispute that. The ICC stamp is the imprimatur of greatness that deservedly, and indisputably, puts Shiv in the top tier of cricket’s immortals. Any player who does not heed his advice should not be playing at the level Shiv dominated.

It is a deserving appreciation for this unsung hero from Unity village, Guyana , who was denied the chance to become the leading test scorer in West Indies cricket, and “forced to retire,” when his career was unceremoniously derailed by Dave Cameron’s and the WICB’s whimsical and spiteful actions. The left-handed batsman scored 11,867 runs at an average of 51, with 30 centuries in an illustrious career of 164 Tests to end at the second place in the list of all-time West Indies run-scorers, 86 runs short of legendary Brian Lara with 11,953 runs, and 8th on the all-time list. Shiv’s story is one of triumph, dedication and national pride.

After all, this was the man who personified longevity and tenacity, and survived while 519 Test batsmen perished at the other end,     and sharing a record 771 different partnerships in Tests, worthy world records that speak volumes about his singular durability and dependability. Rahul Dravid, the Indian “Wall,” is next, but quite some distance behind at 453 Test dismissals at the other wicket, and 738 partnerships. Yet, Chanderpaul has rarely been given deserving accolades, like other cricketers. “That guy with the most Test matches for the West Indies, playing for over 20 years, I don't think people in the West Indies understand exactly his contribution,” the great Brian Lara acknowledges, reminding us that Shiv was instrumental in his many batting feats, even conceding that his compatriot deserved to go past his record for the most Test runs by a West Indian. Like all worthy achievers, you cannot deny them for long. 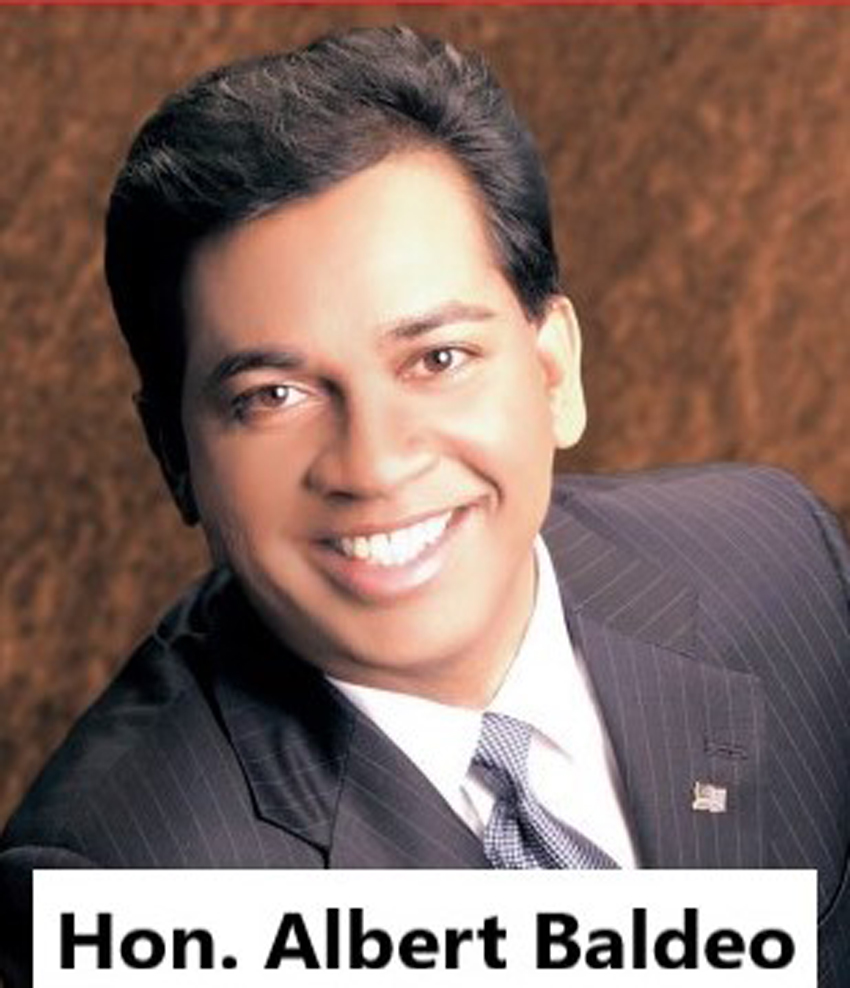 Many cricket connoisseurs have told me that if their lives depended on the professional application and dedication of a batsman to combat, survive the best bowling and keep his wicket intact, they would choose Shiv Chanderpaul, above everyone else. Indeed, Shiv famously faced 1,051 deliveries against India in 2002 without being dismissed, batting for 1,513 minutes. He was the consummate professional, blessed with the heart of a lion.

Brett Lee knocked him out cold where he “could not feel anything, and could not stand or move any limb,” with a fast, vicious bouncer, yet Chanderpaul refused the stretcher, and was up and running in a few minutes and even went on to score a brave century. Such was his dedication to his craft, that he is the only notable international batsman who used dark stickers below his eyes, as anti-glare patches used to reduce light entering the peripheral area of the eyes so that he could bat and field without being affected by the sun’s glare. Such attention to minute detail in his improvement and comfort as a cricketer, defines the man appropriately called “Tiger.”

Shiv has been the rock and anchor of the West Indies since 1994, a veritable Atlas, and has been one of the Caribbean's most accomplished, yet overlooked heroes. Chanderpaul's first Test century came in his 19th match, a testimony to his application and determination, after scoring as many as 15 half centuries in the previous 18 matches. He spent most of the initial phase of his career under the shadows of the legendary Lara. From the small fishing village in Guyana, Shiv became the people’s hero of David vs. Goliath vintage, and became a lone warrior after Hooper’s, Lara's and Sarwan’s retirements. He soldiered on as the people’s champion, whose struggles and ultimate successes reflected their daily struggles to overcome the odds, the proverbial underdog defeating social and economic barriers that suppressed them, and uniting an entire Caribbean region behind him. When he batted, you felt it was you facing those bouncers.

The paucity of the team’s batting in his career caused him to eschew his aggression. He became the proverbial Rock of Gibraltar, while supposedly better talents than him perished meekly at the other end. His detractors fail to appreciate that he honed his technique to make the very best of what God gave him, and made up for deficits overwhelmingly in other areas. It is this single-minded dedication and adaptability that made him the champion and master he became. Shiv did not have the genius of Rohan Kanhai or Sir Gary Sobers, the power of Sir Viv Richards, Gordon Greenidge or Clive Lloyd, the audacity of Roy Fredericks, the technique of Alvin Kallicharran or the finesse of Carl Hooper, Lawrence Rowe or Ramnaresh Sarwan, but the statistical achievements he accumulated that determine how a batsman is assessed-runs, centuries, averages-surpassed theirs. The “pencil-thin boy” became a man on the cricket field, and has played the most tests, 164, for the West Indies, surpassing more robust players, by far. This is not to say he was the best in the wider context by which batsmen are assessed, but it ensures that one cannot deny his status amongst the greats of the game.

Those who are critical of his doggedness fail to appreciate that he was often the lone warrior in many lost causes at a time when West Indian cricket sank to unfathomable depths, and responsibility forced him to eschew glamor and style for dependability, audacity for attrition. Like all the great players, the breadth and depth of his achievements provide sound rebuttals, considering that Chanderpaul has the record for the 4th fastest Test century, off just 67 balls against the worthy visiting Australians in 2002. In 2008, he hit a four and a six against the bowling of Chaminda Vaas, with 10 needed off two balls to win a One-Day International (ODI) against Sri Lanka.

He also created history with Sarwan when they combined to help West Indies chase down a 418-run target at Antigua in 2003 against Australia, scoring 105 and 104 runs each. He was named the captain of the team to face the visiting South Africans in 2005 and celebrated it by becoming only the second player to make a double century on debut as a Test captain, scoring an unbeaten 200 in Guyana. Another absolutely stunning record Chanderpaul holds is that of being stumped for the first time after having batted in 266 innings, while batting with as many as 82 different Test partners. 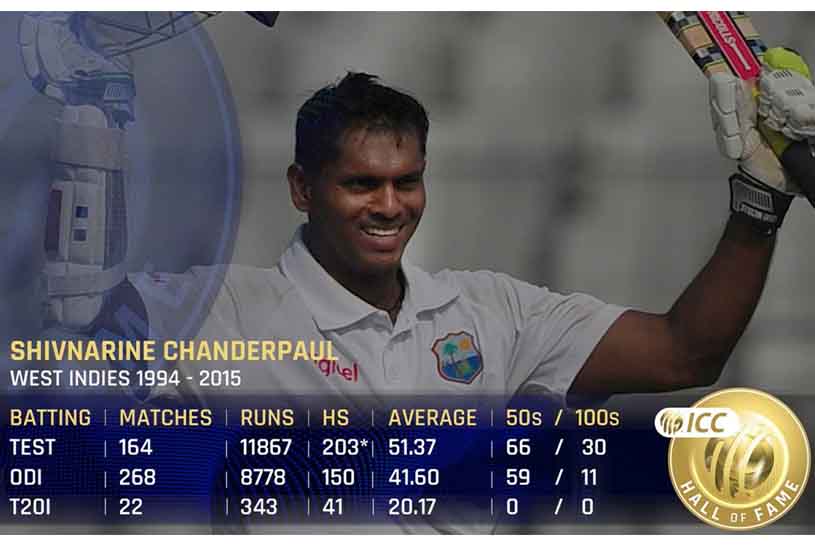 When I interviewed him about the reason for his longevity and success, he told me that, “I have an immense skill and unique gift – concentration, a divine gift bestowed by Lord Shiva.” I marveled at him, then in 2005, and he cemented that belief to all, subsequently. There is no doubt that he must have a divine connection when you survey his immense accomplishments, longevity and humility. Ian Bishop, now an international cricket commentator, said it best, in tribute to Chanderpaul, 2008 Wisden Cricketer of the Year, “I played several Test series with him (Shiv), and have seen more esteemed team-mates shrink in the face of the fastest bowling, but never Chanderpaul…That no other West Indian managed a score of more than 60 in the Tests speaks of the yawning gap between his skill, commitment and experience - and theirs.”

Note: Albert Baldeo is a civil rights activist and community advocate. As President of the Baldeo Foundation and Liberty Justice Center, he has continued the fight for justice, equal rights, dignity and inclusion in the decision making process. He can be contacted at the Baldeo Foundation: (718) 529-2300 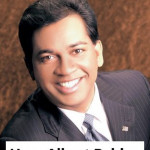 Albert Baldeo is a civil rights activist and community advocate. As President of the Baldeo Foundation and Liberty Justice Center, he has continued the fight for justice, equal rights, dignity and inclusion in the decision making process. He can be contacted at the Baldeo Foundation: (718) 529-2300