Diwali 2022 was publicly celebrated early this year in New York with concerts in Richmond Hill, Queens and Times Square last Saturday evening. Diwali was also celebrated at South Street Seaport the previous Sunday, including with fireworks and traditional lamps. Other celebrations are scheduled for coming weekend in Indian business districts.

The celebration in Queens was on  Liberty Avenue , near Lefferts Blvd, and 121 Street in the heart of Little Guyana in Queens, New York. It was fantastic traditional spiritual family oriented entertainment.

Diwali falls on Monday October 24 but public celebrations are usually held all over the USA much earlier where Hindus have established communities. Politicians have also scheduled Diwali celebrations in their offices. For Hindus and most Indians, Diwali is the most joyful time of the year and Hindus everywhere is preparing for the celebration. Many non-Hindus graced the celebration. 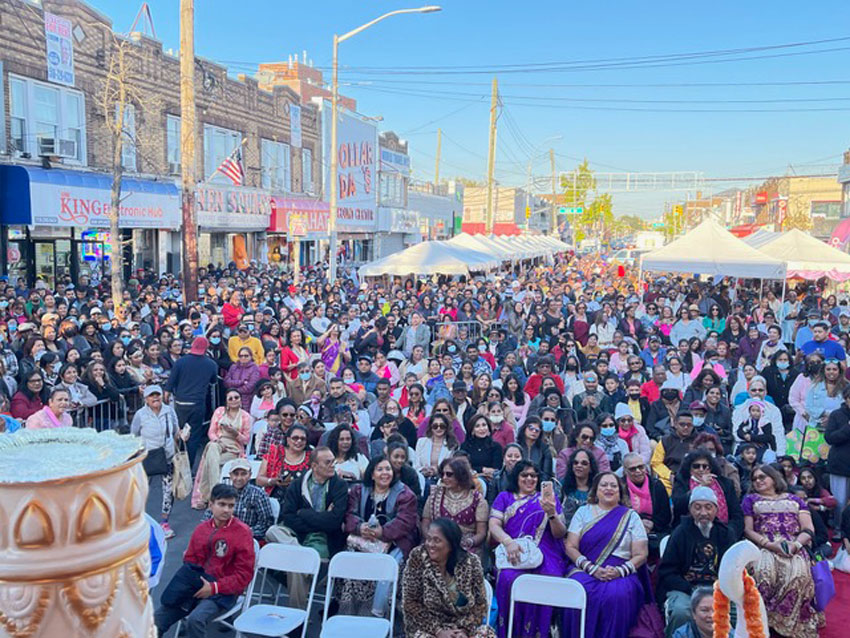 Photo : A section of the crowd in Liberty Avenue

In Richmond Hill, there was a cultural variety concert featuring artistes from several Mandirs and other Indian Caribbean organizations. A couple thousand crowded the avenue, including Punjabis.

Liberty Avenue was immaculately spruced up and lit up with multicolored electronic lights and traditional deyas. Stores sported Diwali paraphernalia and decorations. While the Caribbean Indians held their celebration in Richmond Hill, South Asians celebrated Diwali at magnificent Times Square at the same time in the heart of the city. Thousands gathered for that Bollywood style concert.

The Mayor, Eric Adams, dressed in a traditional Indian kurtha, had to share his time between the two events.The Mayor was reminded about his promise to make Diwali a school holiday from the large crowds and by organizers at both events. He responded with an embarrassing broad smile.The Mayor was also reminded of the Diwali holiday at the India Day parade and at other events in Queens. The Mayor hosts Diwali celebration at his official residence on October 25. New York Governor Kathy Hochul graced the Times Square event. She is seeking re-election in November and has appealed for Indian support. 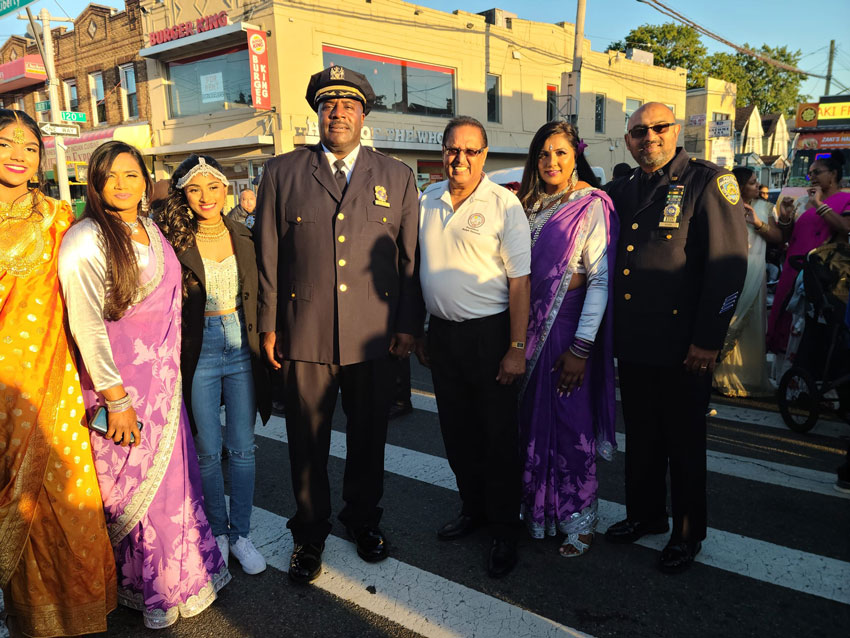 Both events commenced with prayers and lamp lighting ceremonies. Both were well organized and patrons, excepting non-Indians, were decked out in traditional Indian attire. Many Indo Caribbeans and other Indians own businesses on Liberty Ave. Storefronts were appropriately festooned with artificial floral garlands. Diwali related songs also emanated from several stores. 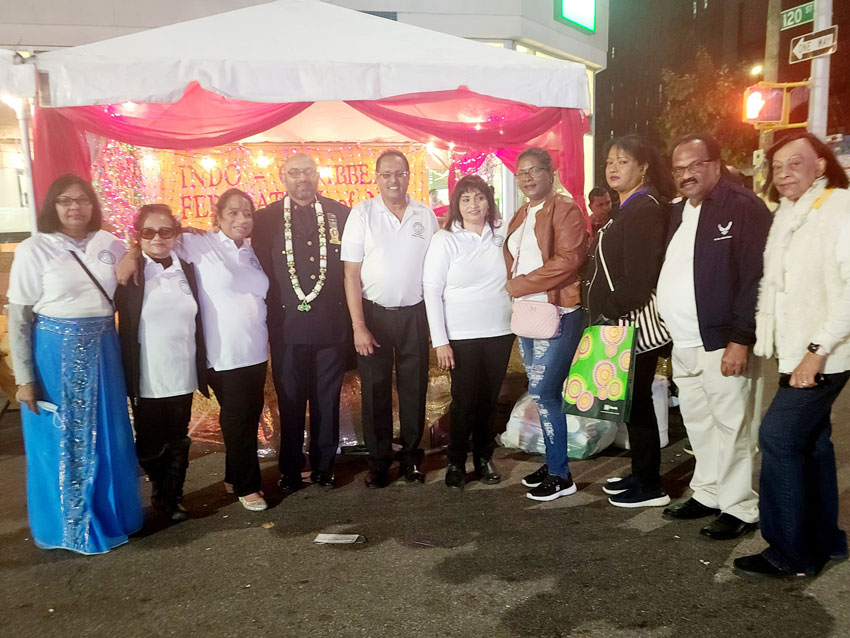 The celebration on Times Square that featured Bollywood artistes and a cultural variety concert ran for over four hours. Gifts were distributed to the huge crowd. Both were featured live on social media. The Times concert was also carried live several Indian TV stations. Guyanese and other Indo Caribbeans patronized the Times Square celebration. In Richmond Hill, there  were Ram Leela skit, dances, speeches, and devotional singing in tribute to Goddess Lakshmi. There were talented singers and dancers. Artistes were dressed in traditional Indian costumes. Sweets and beverage were distributed to the crowd. Indo-Caribbean Federation served water and hit drinks to the gathering. Food and drinks was also sold to the crowd.

The Empire State Building will be appropriately lit up for the five days of Diwali. Mandirs have planned concerts for this Friday, Saturday, and Sunday evening to observe the occasion. (Pix courtesy of Dr Dhanpaul).

The organizers of all the celebrations are to be commended for their community spirit and commitment to promote Indian culture. 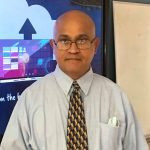