Brutal attack on Indians in Guyana caught on video

Brutal attack on Indians in Guyana caught on video

Attacks on Indians in Trinidad continue in the form of robberies - some fatal - and home invasions. In neighbouring Guyana , attacks take all forms and happen in all places, most recently at Mon Repos, Mandela Avenue, and Cotton Tree.

The letter by GHK Lall published in Kaieteur News (20/7/22) describes the 30-second video as “brutal, ugly, troubling, and much more.  In those 30 seconds, I discerned rage, hatreds, and poisons festering unaddressed in this society.  I think it is not unknown, only ignored to our national peril.

“The video was of a white station wagon type vehicle and a motorcycle behind it.  It was of a roadway, which I took to be on the eastern edge of central Georgetown because of the silhouette of the premises of one of the larger waste removal companies in the background.  Around the vehicle and motorbike were a number of Guyanese, mainly youths.  I saw a young man being attacked and kicked in strikes capable of decapitating.  He was knocked cold, and crumpled in motionless heap on the road.

“A young lady I presume to be with him and standing beside the vehicle is next attacked and beaten mercilessly, all the while cowering from the rain of blows.  Both knocked out male and pounded female appeared to be members of one of Guyana’s larger demographic subsets [meaning Indians]. Their attackers of another of the two major segments.  A man in the uniform of a security guard armed with what Guyanese call a ‘long gun’ tried vainly to intervene to prevent the mayhem, but was warned off.  He retreated helplessly, with his long gun now pointed in the air, a spectator to the brutalities.  He was of the same demographic as the attackers.  This is the sum of the 30-second nightmare of Guyana.” 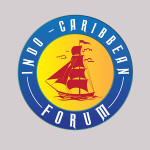